Top 5 Kotlin Pros and Cons You Need to Know About 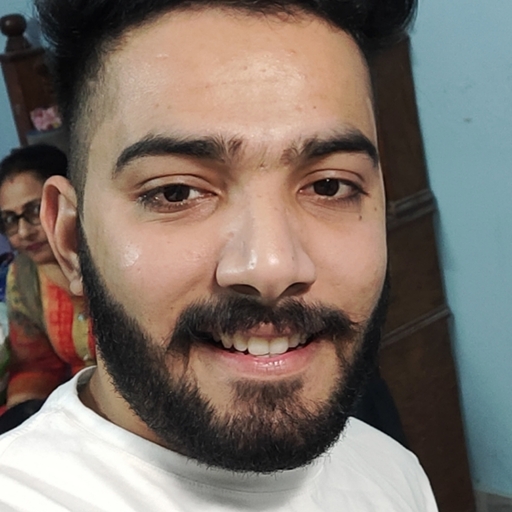 Java has ruled the Android development market for decades and was the first choice for developing android applications. However, after the launch of Kotlin, especially after Google announced Kotlin as the official language for Android development in 2017, the tables have turned.

After Google’s announcement, the popularity of Kotlin has increased, and more and more developers are choosing Kotlin over Java for developing android, iOS, and cross-platform applications. But does that mean you should also use Kotlin for your next android development project? Nope. You need to know the ins and outs of Kotlin programming language before making a decision.

This blog describes some of the most important Kotlin pros and cons that you’d want to consider before choosing Kotlin for your next project. And by the end, you’d understand if Kotlin is good for your development team. So, read in full. The features such as data classes, smart casts, and type interface make Kotlin a straightforward programming language with a concise & expressive syntax. It helps reduce boilerplate code as compared to Java. This means your developers can achieve the same or even better functionality by writing fewer lines of code than Java.

As the code is easily readable, pointing out and rectifying issues in the code is also easy. Moreover, because of its concise syntax, Kotlin has a pretty small learning curve, meaning young developers can easily learn and master it.

Kotlin Has an Amazing Compiler

Another Kotlin pro is the awesome compiler it comes with. The compiler detects the errors or possible bugs in the code during compilation and not during runtime. It uses the fail-fast principle wherein the system ceases to function as soon as the error is detected, making it really easy to detect bugs. While some bugs still make their way to the production environment, their count would be significantly less.

In addition, the Kotlin compiler runs several checks during compile time, reducing the number of errors during the run time. In a nutshell, spotting and resolving bugs becomes faster and easier, significantly reducing development time.

Here are some common issues developers face in Java that Kotlin solves:

While Java also supports functional programming via lambda functions, it’s nothing compared to the suite of tools Kotlin offers to both experienced and young developers.

However, Kotlin saves the day. It doesn’t allow the developers to attribute a null value to a variable. And if the developers try to do so, the code will fail at compile time. So, there aren’t any NullPointerExceptions in Kotlin. This makes Kotlin error-proof and thus easier and affordable to maintain.

Pro Tip: Developers can still assign a null value to a variable by using:

In addition, using the Kotlin to JavaScript compiler, your developers can develop statically typed front-end web apps and seven server-side applications. So, if you hire Kotlin developers or train existing ones, you can quickly get apps developed for multiple platforms, which offers a great business advantage.

Yet another Kotlin pro is the interoperability with Java. Kotlin is a 100% Java interoperable language, meaning all the frameworks, libraries, features, and Java code can easily be accessed in Kotlin. And the opposite is true too.

Let’s say there’s an application written in Java that you wish to migrate to Kotlin. It’s fairly easy to achieve that. Your developers can incrementally change aspects of the code until it’s completely Kotlin. And if some aspects need to stay “Java,” it’s possible too. It means Java and Kotlin code in the same project can coexist without causing too many problems in the build.

The popularity of Kotlin has grown over the years. And several Android developers are opting for Kotlin instead of Java. Even tech giant Google recommends Kotlin for Android. However, when it comes to the number of Kotlin developers, they’re far less than Java developers.

So, you might face a little problem finding and hiring good talent. However, you can still manage to find some amazing Android development companies that use Kotlin for outsourcing your project with the help of Pangea. You can explore several options, compare and choose the best.

Kotlin is a beginner-friendly programming language, but when it comes to resources, they aren’t as comprehensive as Java. So, learning and mastering Kotlin could be hard, especially for young developers.

Compared to Java, Kotlin has a pretty small community. And this can make it hard for young developers to rectify their issues or find quick solutions. However, fortunately, over the past few years, Kotlin community has grown, and so have the resources. And this situation is expected to improve in the years to come.

Kotlin is Java Interoperable – but not Java Itself

Yes, Kotlin is similar to Java, but both these languages differ in several aspects. So, transitioning to Kotlin could take time and some vigorous training, especially if you’re dealing with new developers.

Yet another Kotlin con is its compilation speed. While the compiler itself is awesome, and the Kotlin apps are less bulky and fast, the new or fresh build compilation is way slower than Java. However, this can be compensated by the fact that incremental builds are extremely fast.

So, should you choose Kotlin for your next project? Kotlin surely offers several advantages to Android developers, such as concise code, awesome compiler, cross-platform support, interoperability, and rectifying Java issues. And the fact that it’s backed by Google makes it even more desirable. Regarding the disadvantages or Kotlin cons, they’re more like challenges that can be easily dealt with.

More than 70 Google apps are built using Kotlin. So, if a brand that big is using and supporting Kotlin, you can definitely choose Kotlin for your next project. However, make sure to train existing developers or hire experienced Kotlin developers or completely outsource your project to an Android development company that uses Kotlin. This way, you’d be able to achieve the best results.

Q1. Is Kotlin the same as Python?

Both Kotlin and Python don’t require developers to end a line of code with a semicolon. Both these programming languages are open-source and easy to master. While all these attributes make Python and Kotlin sound similar, both these languages are quite different.

For instance, Kotlin is a statically typed programming language that supports JavaScript and JVM and is known majorly for developing Android Applications. On the other hand, Python is an Object-oriented, general-purpose programming language majorly used for data analytics and automation.

To learn more about Python development, you can refer to this blog: Pros and Cons of Python Development.

While Kotlin has a really simple syntax and is easy to master, C++ has a multi-paradigm nature and comes with a more advanced syntax making it hard for beginners to master the latter. In addition, C++ is older than Kotlin, has a huge community, and is said to be faster.

In a nutshell, C++ and Kotlin aren’t the same. To learn more about C++, refer to this resource from W3Schools.

Q3. Is Java better than Kotlin?

Kotlin is relatively new and comes with many features that aren’t available in Java. Support for functional programming, no NullPointerExceptions, a better compiler, coroutines for asynchronous programming, and more succinct code are some examples. And this makes Kotlin more functional and, thus, better than Java. In addition, with Kotlin, a developer can do everything they can with Java and perhaps a lot more.

So, if you consider functionality, performance, and the business angle, Kotlin is better than Java. However, if you consider the age of the language, maturity, community support, resources available for learning, and manpower, Java takes the top spot.